On June 22nd of this year, Apple’s CEO Tim Cook announced yet another update for the iOS at the WWDC20. This latest operating system, iOS 14, was released on the 16th of September, 2020. Read on to find out about the new developments, the boons and the banes. 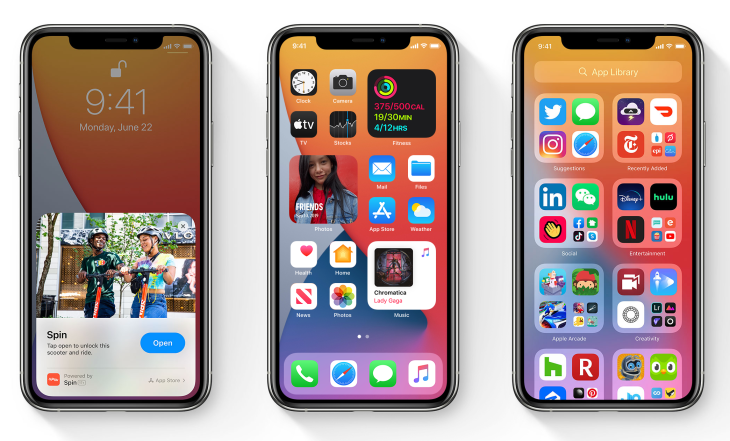 Apple has now introduced home screen widgets that are customisable as per size. These said Widgets can be stacked on top of one another and we can scroll through it to open the Widget of our choice. Users also have the option to make App Libraries that allows them to club applications and keep them in one place. Phone calls and video calls from all apps are now compact- meaning when someone calls, the app doesn’t take up the entire screen. Users can also continue video calling while simultaneously browsing other applications. This is called the picture-in-picture update which makes everything convenient for busy users. The iMessage now allows users to pin conversations at the top of the screen. New Memojis and stickers have also been added. Apple’s virtual assistant, Siri can now be used to send voice messages to other Apple users. Even Siri doesn’t take up the whole screen space as it used to -now it just appears at the bottom of the screen. Some of its hidden features include the ability to edit home screen pages, which some may use to hide applications. Maps can now be used for cycling directions. With this new update, Apple has provided users with the opportunity to translate upto 11 languages offline. iOS users are now able to change the camera resolution from the Camera app. Before this update, one would have to go to the Settings app to do the same. The screenshot user interface has provided users with a wide variety of colours with their new colour-picker tool.

Technology reviewers have a lot of positive feedback for this update. The widgets are wonderful and the app library is great. Combining apps based on their similarity makes applications easier to access and can help clear the clutter on the home page. Categories such as ‘Socials’ are used for combining all the social media applications, ’Entertainment’ for apps like Netflix, et cetera. Users have used this, along with widgets, to beautify and decorate their home screens. The default applications are now customisable. The default browser for iOS used to be Safari while now, users can choose between browsers like Chrome and Firefox.

However, the criticisms for this update have been quick too. Reviewers have noticed how eerily similar the design is to Android. Downgrading from this update is more difficult than it was with earlier updates. The widgets update takes a while to grow on users. Certain applications aren’t ready for the iOS update. There are certain bugs during the upgrade and post upgrade on older devices.

Overall, an update is recommended by all software and technology reviewers as the pros outweigh the cons.

About the Author: Ovee Jawdekar is a Second Year Computer Engineering student at RAIT.